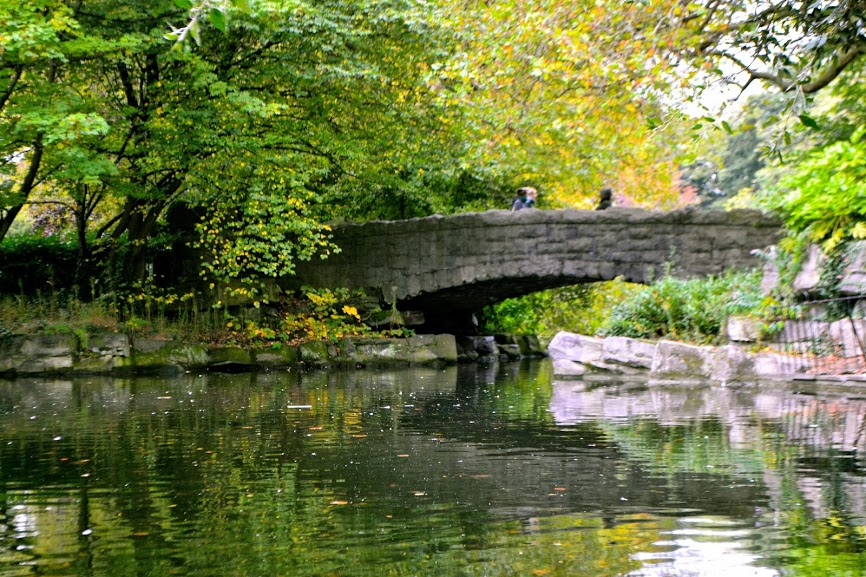 St Stephen’s Green is 22 acres (89,000 m2) and over 3.5 km of pathways are accessible for all visitors. The waterfall and Pulham rock work on the western side of the park are worth of a visit likewise the ornamental lake which provides a home for water birds such as swans, ducks and herons. A number of sculptures are located throughout the green and a children’s playground is a popular attraction of the park. There is also a 1887 bandstand which hosts free lunchtime concerts during the summer months

The green is closed to Grafton Street, one of Dublin’s main shopping streets, and to a shopping centre named for it, while on its surrounding streets are the offices of a number of public bodies and the city terminus of one of Dublin’s Luas tram lines. It is often informally called Stephen’s Green.

St Stephen’s Green is open all year from Monday to Saturday at 07.30 and on Sunday and Holiday at 09.30. The closing times depends on the daylight hours.