An accent 300 years in the making How Irish immigrants influenced accents and culture in the Caribbean

What’s in an accent?

When people think about Irish immigration, they think largely about America, specifically New York, Chicago and Boston. A lesser known fact is that tens of thousands of Irishmen and women made their way to the Caribbean over the course of centuries. From the Bahamas, the Cayman Islands and Jamaica in the north to Trinidad and Tobago in the south, Irish influence can be noted in place names, surnames, and even some holiday and religious observances, but what about the way we speak and the words we use?

If you’ve ever travelled to the Caribbean or know someone from this part of the world, you’ll realise that our accents have a certain musicality to them. In my encounters with people from Scotland, Wales and Ireland, I’m often told that I sound like someone from such and such part of their country. From time to time, words like “craic” will turn up in the middle of a conversation with a Jamaican. In Trinidad we use expressions like “at all, at all”, as emphasis when we want to stress that we are never, ever going to do or say something again.

In Grand Cayman, where I worked for some time, my ear picked up definite similarities between the soft, rolling accent of born and bred Caymanians and Irish expats working in the financial sector. Jamaicans pronounce their “a” in ways that evoke the south and west of Ireland. Throughout the English-speaking Caribbean, we also drop the “th” in several words. In this 1976 documentary, the narrator swears this Montserratian, living in the island’s version of Kinsdale, sounds like someone from Cork. You can listen and be the judge.

And, that got me thinking: is there an established, provable link between the Irish and Caribbean accents? Or are these casual observances of mine and other travellers all that really bind the two? To get answers to my questions, I went to one of the most Irish places you can find – outside of Ireland, of course.

Montserrat: The Other Emerald Isle

If you want a quick study in the contrasts and contradictions the British Empire brought together over the centuries, look no further than this tiny 12-mile island in the Caribbean. Even though Montserrat is a British protectorate with the majority of the population being of Afro-Caribbean descent, you can have a shamrock stamped into your passport, and the national flag features Erin holding a golden harp. St. Patrick’s Day is even celebrated as a public holiday on March 17th.

How the Irish came to be in Montserrat is also one of the sad stories of the Empire. Thousands were deported during conflicts with the English in the 1640s; several others were pressed into indentured servitude because of hard times. Many were also fleeing religious persecution and found Montserrat to be a safe haven for Catholics.

Even though they were white, being Irish and servants placed them far down the social ladder, closer to the African slaves, who the English had just started to import to the islands to establish sugar plantations. Over the next century and a half, these two groups would mix and mingle in a variety of ways.

“There are influences,” said Sir Howard Fergus, “Certainly, place names. In fact, some are directly taken from Ireland.”

Sir Howard is one of Montserrat’s foremost citizens. He is a former Speaker and Governor of the island. He is also a walking encyclopaedia on the island’s history and spoke with me for this story.

“There is a Kinsale, and there is a Cork Hill, for instance, for Cork.”

As the Irish were released from their indentureship contracts, many chose to stay on the island, some becoming small plantation owners and slaveholders themselves. The tradition was for owners to give slaves their last name.

In times past, he noted, there was regular traffic from Ireland for the St. Patrick’s Day celebration on the island. 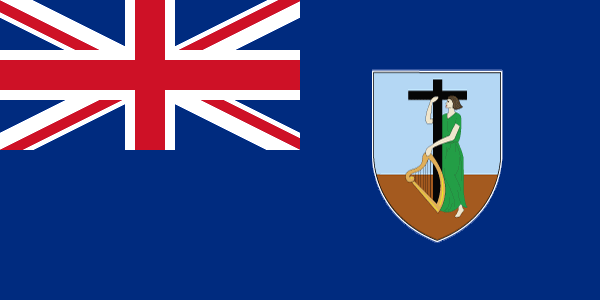 Sir Howard also explained it was felt in some quarters that the Caribbean shares a storytelling style with the Irish. While he acknowledged there could be a slight influence, he felt this was up for debate as many elements of the way we in the Caribbean tell a story could be attributed to our African influence.

Musically, we also share some of our folk heritage with the Irish. Several islands have a variety of the “heel and toe”, a type of dance that resembles the Irish jig. Fife and drum elements also feature heavily. In Montserrat, there is even the bodhran, a flat Irish drum.

On the subject of accents though, Sir Howard believes the waters are murkier.

Do you hear what I hear?

Even though there may be compelling colloquial evidence that our accents in the English-speaking Caribbean may have been influenced by the Irish, Sir Howard believes scholarly research doesn’t quite back up those theories…at least not yet.

“So much of this is guesswork, without any proper study,” he told me regarding my and others’ observations about similarities in rhythm, pronunciation, and some of the words found in dialects across the region.

“That is the legend, and maybe even some people in Ireland think Montserratians speak with an Irish brogue. That has to do with accent. And that may or may not be so. I’m not sure,” he concluded.

The jury appears to still be out on this one.

But what do you think? You’ve seen the video. You probably even have friends that you interact with at work or at school from the islands and you swear at times they sound Irish. Did the Irish not only pass on distinct cultural elements in the Caribbean, but also give us the music of their accent as well? Only time, and history, will tell.

Behind the curtain: what is it like to be a journalist today?

10 Hangover cures from around the world